Blog
You are here: Home / Blog / About Cats / Cats – a retrospective 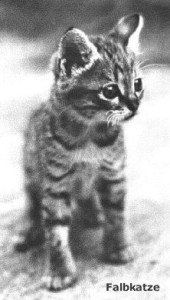 How the cat became a popular pet – a retrospective

A variety of conditions had to be met for the transition from groups of hunter-gatherers to settled-down societies to take place. One of those, if not the most important, was the availability of domesticable plant and animal species.

The most important domesticated animals were mammals, which at once brought immediate benefits – whether as draft or riding animals; meat, milk and wool suppliers, or as faithful hunting companions.
In the beginning, about 10,000 years ago, there was the dog, followed by sheep, goat, pig (about 8000 years ago), cattle (6000 years), horse, water buffalo, lama, camel and dromedary (4000 – 2500 years).

Yet, all of these rather different animal species do have three social markers in common, which almost predestine them for keeping, breeding and use by humans. They claim no territory of their own, live together in groups (herds), and demonstrate a pronounced sense of hierarchy.

Animals, which demonstrate territorial behaviour and live alone, on the other hand, are rather unsuitable for keeping.
They display little tolerance towards their fellow creatures, don’t observe hierarchically structured social order and cannot instinctively be shaped in a way that so they will accept a human as their “alpha leader”.
All of these ‘undesirable’ traits are common to cats and thus the proverbial herding of cats is quite simply impossible, and yet, the cat has become the only territorial mammal that has turned into a pet.

The question is how and why though? 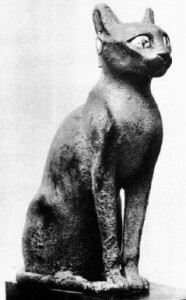 When the banks of the Nile were first used to grow, and more importantly, to store grain on a large scale, the granaries obviously offered rats and mice an environment like paradise, where they would multiply abruptly without any concerns for food. But it was not just the rodent infestation that was presented with a new, almost unlimited food supply, but also a small wild cat, with the scientific name felis silvestris lybica, the African wildcat.

Thus, at the beginning of cohabitation of human and cat about 4500 years ago, the practical benefits were a priority for both parties. The Egyptians, however, soon came to appreciate the hunting skills of the African wildcat so much, moreover, they probably found the aesthetic animals pleasurable, that they began to worship them as divinities.
Temples were built for the cat goddess Bastet, and when a cat died, it was mourned and buried with almost as much effort as a human.

In the 19th century, Britons came across cat cemeteries with millions of embalmed cats, some of them in elaborately made sarcophagi, close to the former centre of ancient Egyptian cat worship, the city of Bubastis in the Nile delta.

How deeply the worship of cats was rooted in Egyptian culture is most clearly illustrated by the following historical anecdote.
525 B.C. the Persians besieged the Egyptian city of Pelusium. Since the siege proved unsuccessful, the Persian king Cambyses II. had the idea to ‘upgrade’ several hundreds of his soldiers with cats.
The soldiers tied the pitiful cats to their shields, which caused the Egyptian soldiers, who were afraid of wounding or even killing one of the sacred animals, to give up all resistance.

The killing of a cat and the attempt to take one of the sacred animals outside the country was punishable by death in ancient Egypt. But thanks to Phoenician merchants, who were able to smuggle the sacred animals out of the country illegally, the African wildcat was able to spread first in Mediterranean countries and then, due to its proverbial fertility, in the rest of the world, where it mated with local wild cats and a mixture ensued. 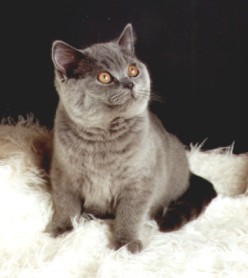 The divine worship in Egypt was followed by the fall from grace in the Middle Ages in Europe. The Church’s endeavours to eradicate everything pagan led to cats, with their distinctive sexual behaviour and nocturnal lifestyle, being associated with the underworld, and they were regarded as creatures of Satan. The glowing-in-the-dark eyes, the tendency for promiscuity, and last but not least, the cattish need for independence and idleness became their undoing. Persecuted as demonic creatures, Satan’s and witches’ companions, cats were drowned and at witch trials publicly tortured and burned.

Only with the beginning of the more culturally appreciative era of the Renaissance the tide began to turn for cats. As nimble mice hunters they came to be regarded favourably again, and as cuddly animals the entered the aristocracy’s chambers for the first time.

In the 17th century, the first longhaired cats eventually reached Europe from the orient: namely the Turkish Angora. Those rare specimens were, as was the case with all other noble and precious things, reserved for the aristocracy.

But with the change from a feudal to a bourgeois society, more and more sections of society had enough time, money and aesthetic sensibility to keep a house companion, which had lost all practical use, for the sheer love of it. This was the beginning of a new, almost sensual relationship, which unites cat and human to this day. 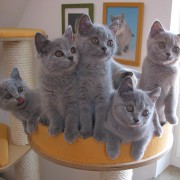 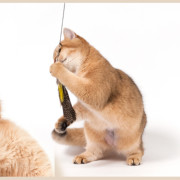 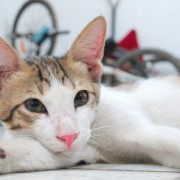 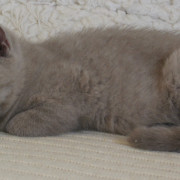 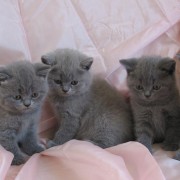 Which cat is right for me? Part 2 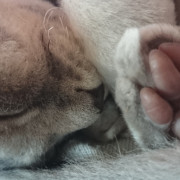 Advice on scratching trees – why do cats like scratching?
3 replies

The heaviest cat in the world